Skip to Main Content
Effective until further notice, ALL individuals are REQUIRED TO WEAR FACE MASK and to self-screen for COVID-19 symptoms before entering any city office or facility. If anyone is symptomatic, they are PROHIBITED from entering all city buildings!

The Southfield City Council approved a purchase agreement for the sale of the majority of the former Northland Center for $11,093,000 to Contour Companies of Bloomfield Hills.

Contour Companies have proposed a true dynamic mixed-use redevelopment including apartments at various rental rates, retail and restaurants, office and green space that very closely mirrors the City’s original vision for the Northland redevelopment based upon residents’ collective input.

“Following the purchase of Northland in 2015, the City held several “Imagine the Possibilities” public input meetings with the community to share their ideas and input for the future of the former mall site. The City held strong to that community vision for four years with little developer interest. Contour not only supports the City's vision, they actually plan to exceed it! Further, Contour believes in adaptive reuse of existing structures,” commented Mayor Dr. Ken Siver. “I have felt all along that it would be a wasteful shame to demolish the entire mall. The Hudson's building and the original portions of the mall were extremely well built and should be saved. We construct buildings for one use, times change and instead of demolition, we should invest in repurposing those structures for new uses.”

Contour plans to save the original five retail pads from the former mall as well as the underground tunnels and Hudson's building. Previous purchase offers and other developer interest in the property have all stipulated that demolition occur at city expense; however, this sale is based on Contour assuming the cost of demolishing the JC Penney's building, later mall additions and the 1974 enclosure of the free-standing structures. The company has already completed extensive work on its redevelopment plans which include the adaptive re-use of the former Hudson’s Department Store, the underground tunnels and the original (1954) retail pads.

“The City purchased Northland because we wanted to control the destiny of this very strategic and historic property,” added Council President Dr. Lloyd Crews. “We turned away factories, light manufacturing, medical marijuana, big box retail, warehouses and logistics centers and held out for development that would grow our tax base and population. This redevelopment will provide our community and residents something that we can all enjoy and be proud of for years to come. I truly believe that this mixed-use redevelopment will also serve as a model for other communities across the country.”

The city of Southfield purchased the shuttered Northland Center mall at Eight Mile Road and the Lodge Freeway, located in the City’s Downtown Development Authority (DDA) District, from the court-ordered receiver in December of 2015 for $2.4 million with plans to remediate, demolish and sell the property to a qualified developer. The environmental assessment, asbestos abatement and remediation for most of the mall has already been completed in addition to the demolition of the former Target and Firestone buildings.

“The redevelopment of Northland will transform the property into a lively new urban center while respecting and reinforcing the history of the site, as well as its unique Mid-Century Modern design.,” said Contour Companies CEO David Dedvukaj. “The project consists of two phases: A 1,339-unit mixed-use apartment community that will provide comfortable and dynamic work-force housing in 14, five-story buildings. Six of these buildings will have a commercial component on the ground floor facing Greenfield Road. The massive J.L. Hudson Co. store, once the largest branch department store in the world, will be returned to use as the Hudson City Market, a vibrant food-and-specialty home furnishings marketplace, filled with dining and entertainment options. The marketplace will be developed in the spirit of the highly successful Ponce City Market in Atlanta. Phase II, located along Northwestern Highway and on J. L. Hudson Drive, will compliment and complete the development’s sense of community by incorporating more mixed-use residential buildings, townhomes fronting on a landscaped green space complete with a pond and other amenities. The landmark power plant will become a community clubhouse and the familiar Northland water tower will also remain in place.”

The Southfield City Council approved a master plan for the 114-acre redevelopment that is a conceptional, market driven blueprint that outlines the standards and vision for developers of the former mall property. Planning consultants OHM Advisors and Hubbell, Roth & Clark (HRC) conducted a thorough technical analysis of the site, examination of the existing buildings/structures, an assessment of environmental factors, and a market analysis to determine the best possible development potential for the former mall.

“This is a very complex economic development deal which will require significant State and County participation,” stated Northland Steering Committee Chair/Councilman Dan Brightwell. “This project is not only important for the City of Southfield and Countour Companies, but for Oakland County and the entire State of Michigan.”

This purchase agreement follows the recent sale of five acres to As­cension Health for an expansion of the Providence Hospital campus. Con­tour has now entered a 90-day due diligence period before the sale is finalized which is expected to be completed in January of 2021. Con­struction and demolition will follow in the spring of 2021. With the sales to Ascension and Contour, the City expects to be made whole on all of the funds invested in Northland redevelopment project.

“We are extremely pleased to be partnering with Contour Companies on the redevelopment of the former Northland Center, added Mayor Siver. “This is a local company that believes in Southfield and wants to be in Southfield. We are also looking to the state of Michigan for economic development incentives as this major project which covers 97 acres in the center of southeastern Michigan will be a major economic driver for the entire region.”

About the former Northland Center and past, present and future Southfield

When Northland Center opened in March 1954, it was the largest shopping mall in the world, 20 years later, in 1974, the mall was enclosed. Northland led the way for Southfield to become a major commercial, business and residential center in metropolitan Detroit. At the time of the original center’s completion, Southfield’s population was only 25,000. Fifteen years later, the population had more than doubled to 69,000, and today the city boasts over 73,000 residents and a daytime population reaching 175,000. Alongside the contribution to population growth, the Center helped foster enormous office expansion. Today, Southfield boasts more than 27 million square feet of office space, making it one of Michigan’s leading business centers.

Based in Bloomfield Hills, Michigan, Contour Companies is all things real estate. From commercial and residential developments to multi-family revitalizations, the Contour stamp is designed with complete attention to detail, insuring that spaces blend seamlessly into their surroundings. Contour Companies’ mission is to provide residents with an at-home feeling, for comfortable and idyllic living. 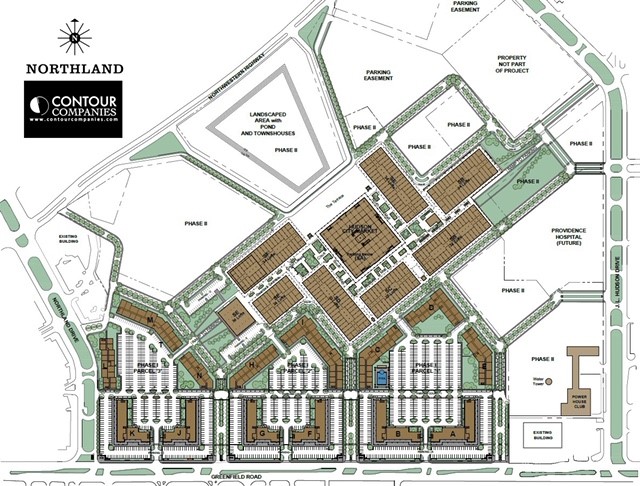 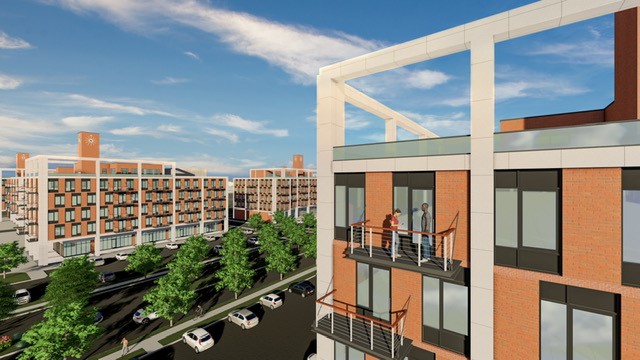 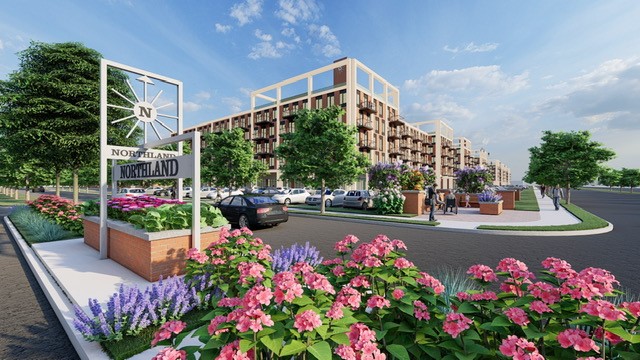 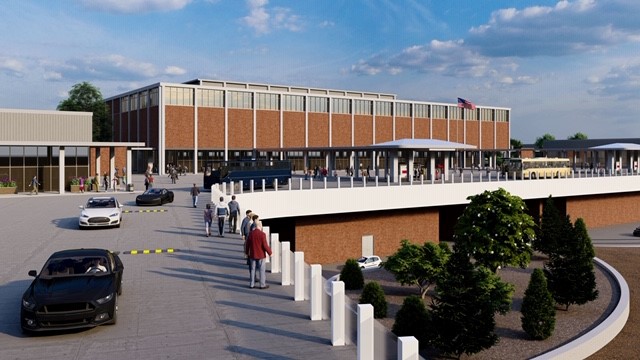 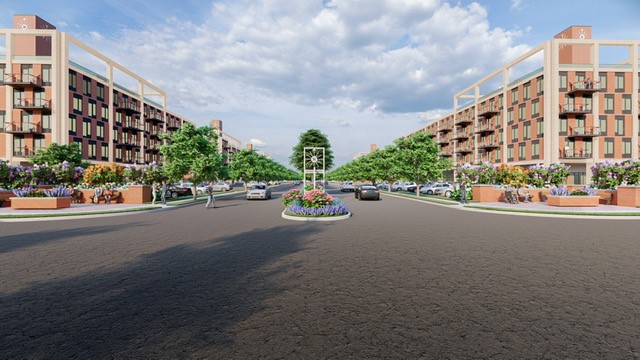