Skip to Main Content
Effective until further notice, ALL individuals are REQUIRED TO WEAR FACE MASK and to self-screen for COVID-19 symptoms before entering any city office or facility. If anyone is symptomatic, they are PROHIBITED from entering all city buildings! 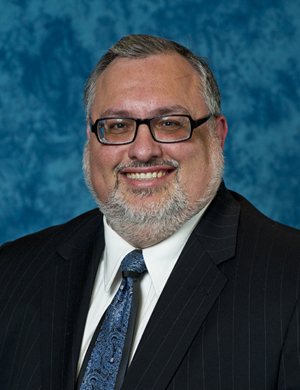 Irv M. Lowenberg is a distinguished graduate of the City University of NY/Baruch College of Business - Finance/Accounting program. Mr. Lowenberg made the National Deans List, was a Baruch Scholar, and a member of Beta Gamma Sigma – the nation’s top business school honor society.

Mr. Lowenberg is actively trying to help influence favorable legislation for the City of Southfield. He is passionate in his quest to reduce the level of taxes for Southfield residents. He has been appointed to the Finance and Legislative Advisory Committees of the Michigan Municipal League. Mr. Lowenberg has also been selected to serve on the Legislative Board for the Michigan Municipal Treasurers Association. He has testified on behalf of Southfield before the House Tax Committee in Lansing in an effort to prevent unfair tax loopholes caused by Proposal A.

Mr. Lowenberg created a lecture series for residents called “Tuesdays with the Treasurer.” The goal of the series is to help provide financial education on a wide range of topics such as identity theft, mortgages, foreclosures and debt management. Based on the success of the Tuesday series, Mr. Lowenberg started “Thursdays with the Treasurer” for entrepreneurs and business owners. Mr. Lowenberg continually strives for a financially strong and stable city.

Mr. Lowenberg has successfully completed the Level 3 (advanced) examination from the Michigan Association of Public Employee Retirement Systems (MAPERS) in their MAPERS Achievement Program. Since becoming a Trustee for the Southfield Police & Fire Retirement System, the portfolio has experienced outstanding returns placing it among the top tier of retirement systems nationwide.

Prior to coming to the City of Southfield, Mr. Lowenberg was the founder/portfolio manager of Continental Asset Management Group, where he managed portfolios for high net worth individuals and institutions worldwide. As a Wall Street investment banker, Mr. Lowenberg’s firm brought public the top performing initial public offering four out of five years in a row. Mr. Lowenberg also served as assistant controller at GCB&O, a leading engineering consulting firm with a substantial amount of government contracts in New York. Mr. Lowenberg also served as the assistant branch manager for Allied Home Mortgage, America's largest, privately held mortgage broker financing over $15 Billion in loans in 2003. Lowenberg's branch was chosen for the Circle of Stars–the company's top honor for performance, customer satisfaction, and compliance to all government regulations–from 2002-2005 out of more than 750 branches nationwide. He is married with three daughters and one son, the President of Shomrey Emunah/Southfield, and a member of the Southfield Democratic Club, Sherwood Village Homeowners, and the AARP.